In 1947, James William Archibald Cubitt set up an architectural practice in London with 3 partners; Fello Atkinson, Stefan Buzas and Dick Maitland. All of whom were recent graduates of the Architectural Association School of Architecture.

In 1958, an office was established in Lagos. It is a subsidiary of JCP London and was started by John Baker.  In 1959 Dick Maitland retired from the practice.

From the outset James Cubitt & Partners drew on their acquired knowledge of tropical countries, designing several schools and colleges in Ghana between 1951 and 1954.  The practice rapidly gained a pioneering reputation in this field and, after designing some schools in Sowerby Bridge and Pontefract, Yorkshire (1954-7), it was appointed to plan the University of Nigeria at Nsukka.

Further work was undertaken in the UK, Ghana, Sierra Leone, Nigeria, Libya, Iraq, Burma, Malaysia, Singapore, Brunei and Sabah.  In some cases new partnerships were formed; with Leonard Manasseh in Singapore, with Kenneth Scott in Ghana and with the Madhloom brothers in Iraq. 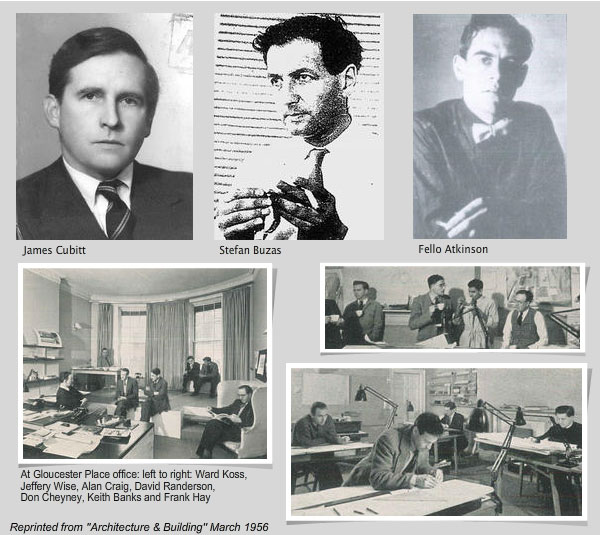 In 1967 Stefan Buzas retired from the practice.
In 1968, Alan Craig and John Baker were made partners of the firm and Zbyszek Plocki joined JC&P as a resident architect and local partner in Nigeria.

A long association existed with the Swiss pharmaceutical company, Roche Products Ltd, and most of their work in the UK since 1964 was designed by JC&P.

The engine factory for Chrysler-Cummins (now Cummins Ltd) at Darlington, carried out in association with Eero Saarinen and Partners, won a Civic Trust Award and a Financial Times Award in 1966.

Other work in the 1960s included the Faculty of Medicine and Teaching Hospital at the University of Malaysia, Kuala Lumpur.

During this period, 2 higher education projects were commissioned: The Central Collegiate Building for University College London and a joint scheme for King's College & St Catharine's College in Cambridge. 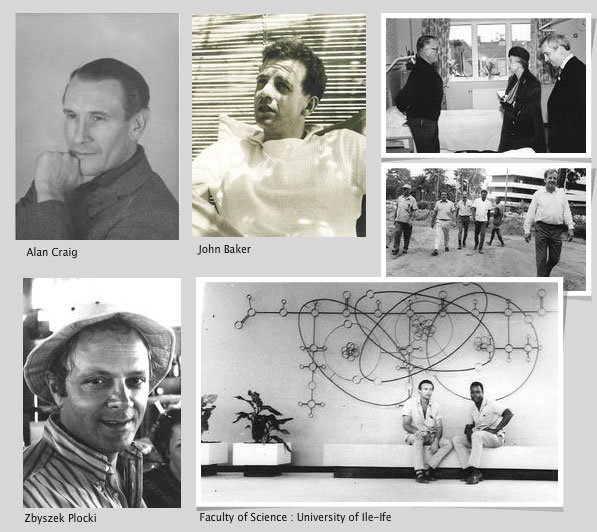 During this time, David Godfrey joined as a resident architect in Nigeria.

John Kress was made an associate of the firm in 1975.

Between 1974 and 1976, Zbyszek Plocki took a sabbatical and worked in Papua, New Guinea and Australia, returning to Nigeria in 1976 and restructuring James Cubitt Nigeria with John Adaba, Wole Alofoje and Rod Chrismas.

They are best known for the University of Garyounis (1966-77) at Benghazi, Libya, which at its inception was one of the largest single contracts for a building of its type, catering for 22,000 students on a 400-ha site. 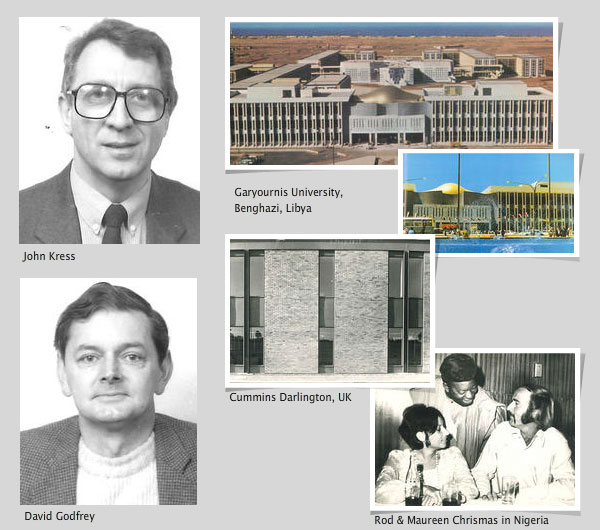 Fello Atkinson passed away in 1981, and James Cubitt followed a couple of years later in 1983.

Zbyszek Plocki was made a senior partner of the London firm in 1983 and later became the managing director of the company in 1988.

Zbyszek Plocki invited John Kress and David Godfrey to become partners in 1988 and a year later the partnership became a limited company.

Kenya: the office in Nairobi was established in 1985 it is a wholly owned subsidiary of JCP London.

Australia: the office in Brisbane, Queensland was established in 1986 by Rod Christmas. 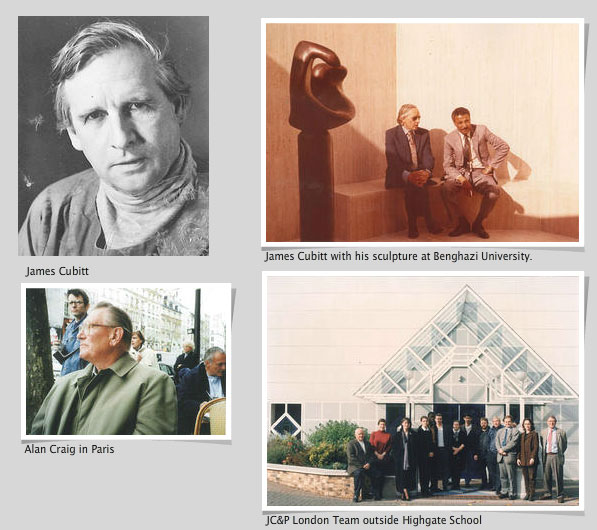 In the early 90's, Zbyszek Plocki opened an office in Abu Dhabi in association with an established firm IDB.

Mahmoud Abou Shady joined the branch office  in 1997 as the manager of Abu Dhabi & Dubai offices.

Mohamed ElKhouly joined Mahmoud Abu Shady a year later and was appointed a deputy manager of the UAE Offices. 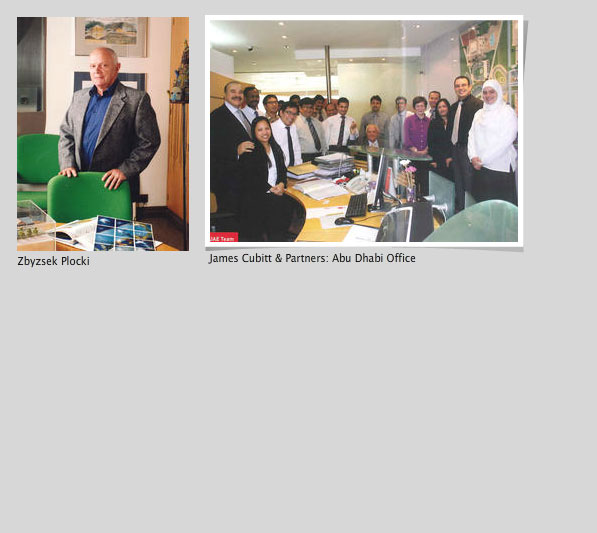 A branch office in Doha, Qatar was established in 2002 and is a wholly owned subsidiary of JCP London. The office is managed by Ibrahim Shekew .

Mahmoud Abou-Shady and Ibrahim Shekew were appointed Directors of the London office in 2006.

In 2006 the Ghana office was restarted with a local director.

In 2009 Mahmoud Abou-Shady was appointed by Zbyszek Plocki to become the area manager for the JC&P offices in the Middle East.
Later that year, Mohamed M. El- Khouly was appointed a Director of JC&P UAE branches & Manager of the JC&P Dubai Office.

In 2010, Chere Waddington and Jamie Robertson were appointed as directors of the JC&P London firm.

Tamer Mohammed, Wallid Ibrahim and Sayid Shekew were appointed as directors of the Doha JC&P branch. 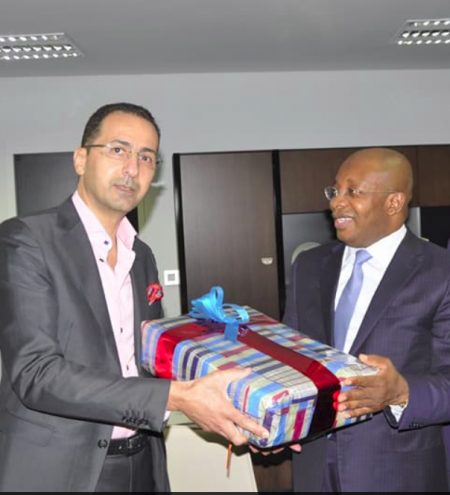 Suadad Sumaidaie with the Minister of Tourism (CDI) 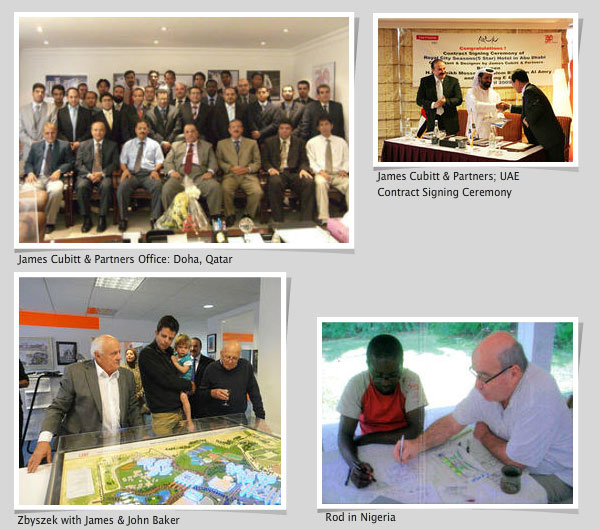 James Cubitt & Partners work has been published in many articles, such as: 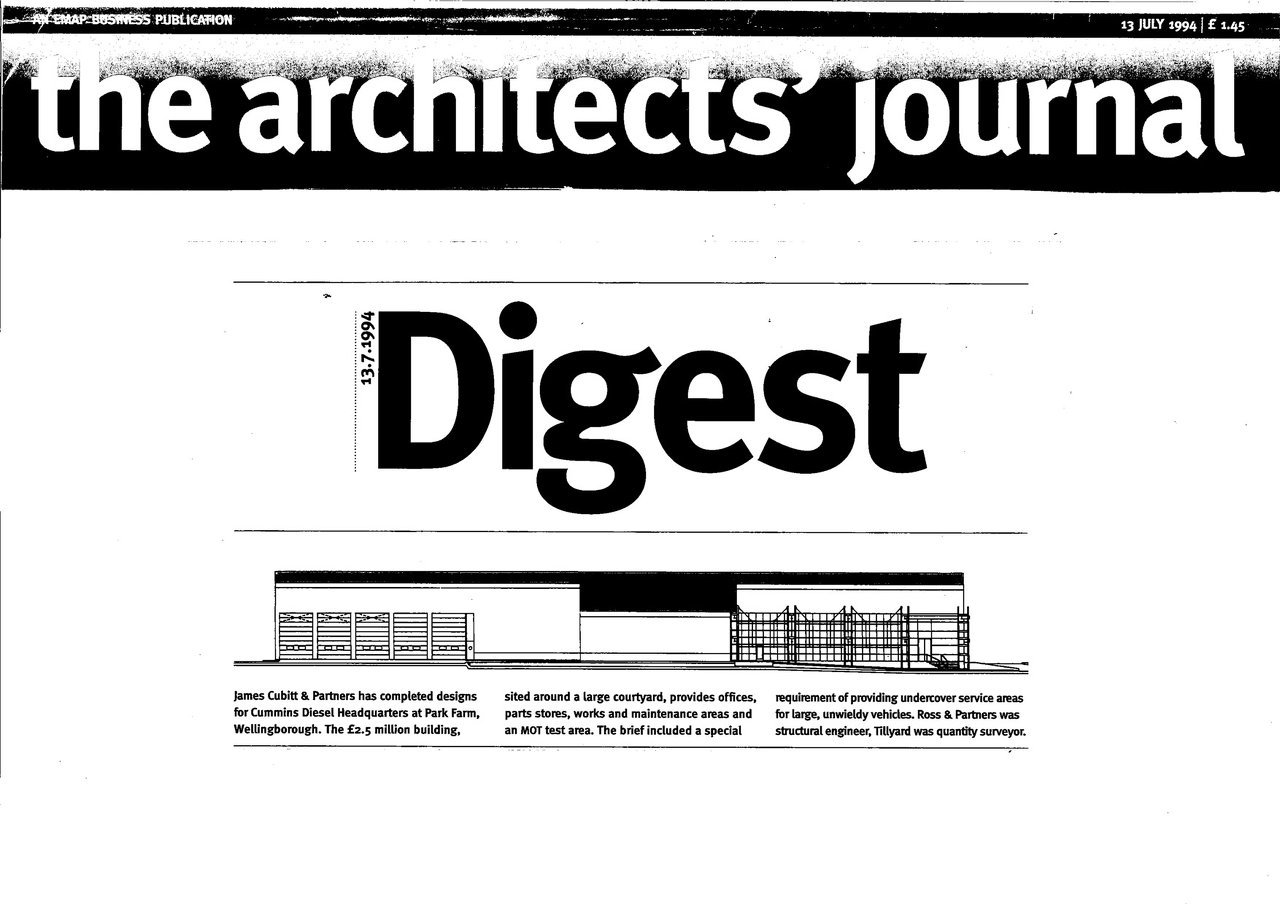 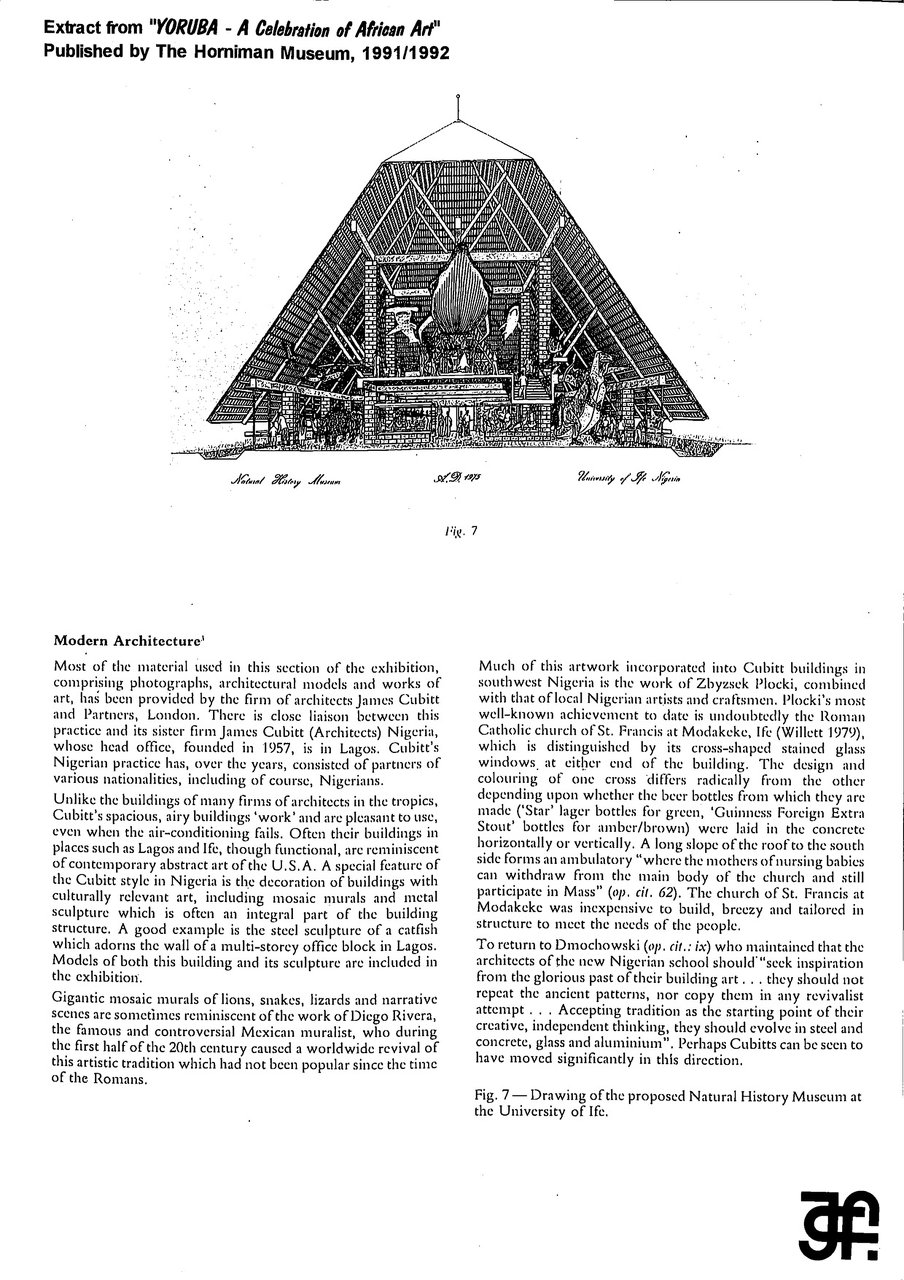 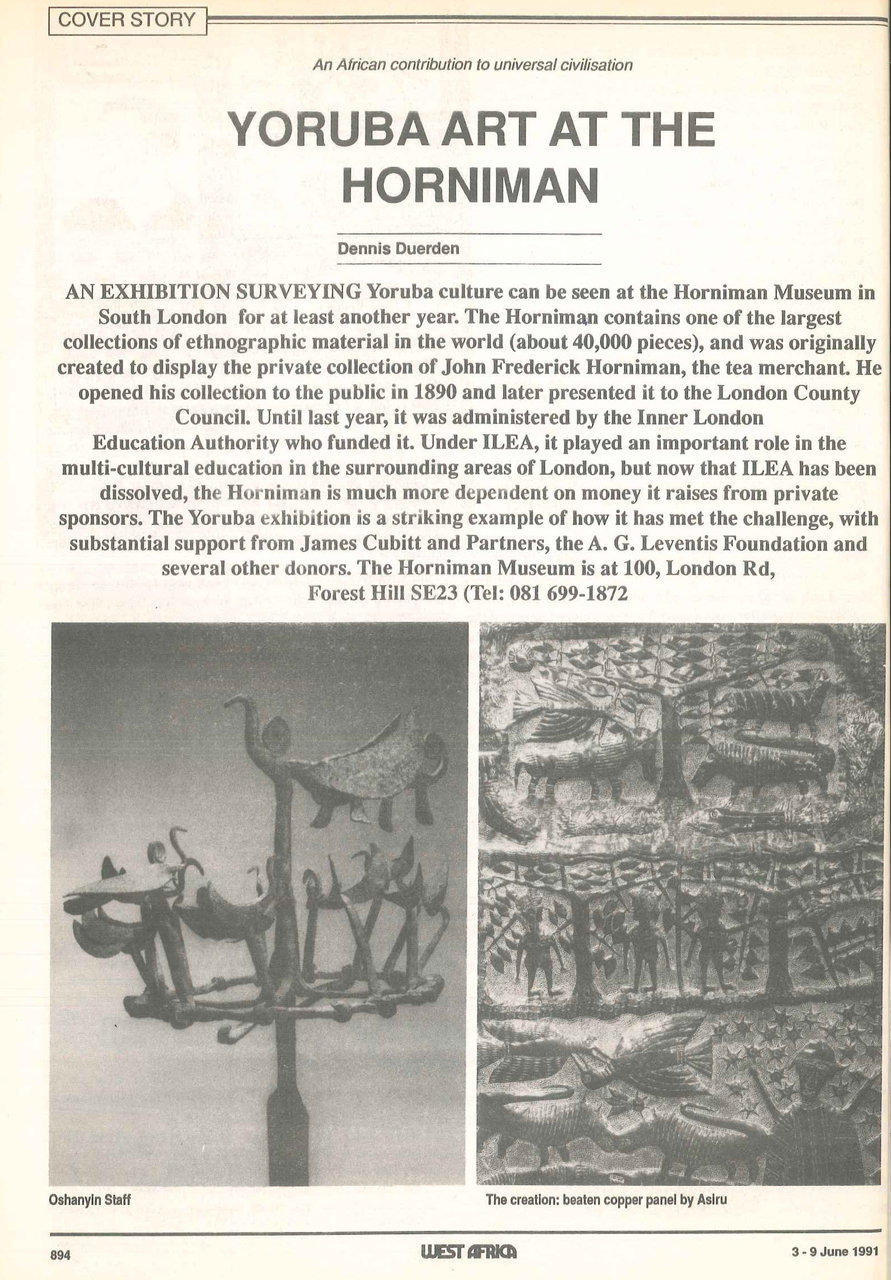 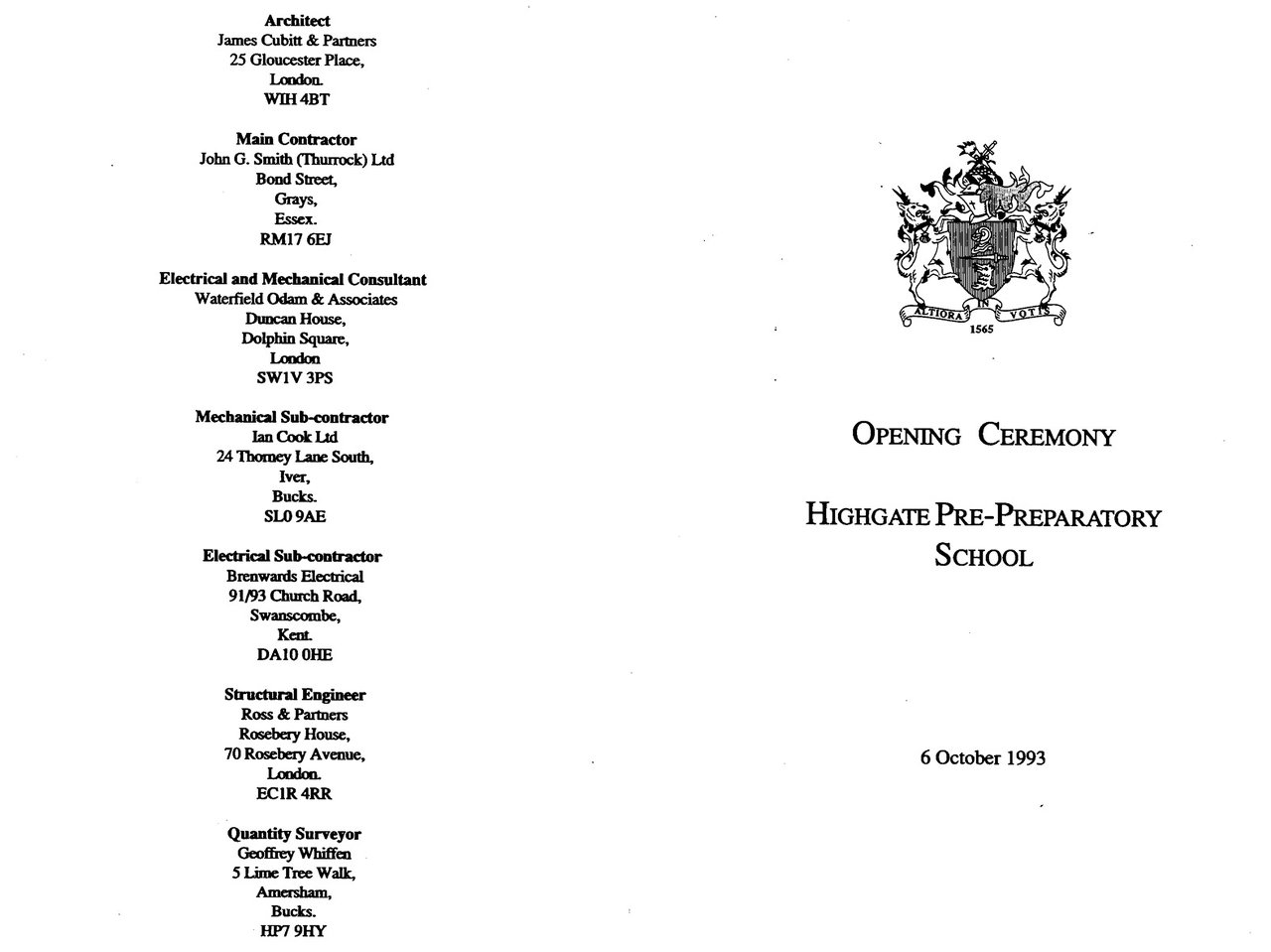 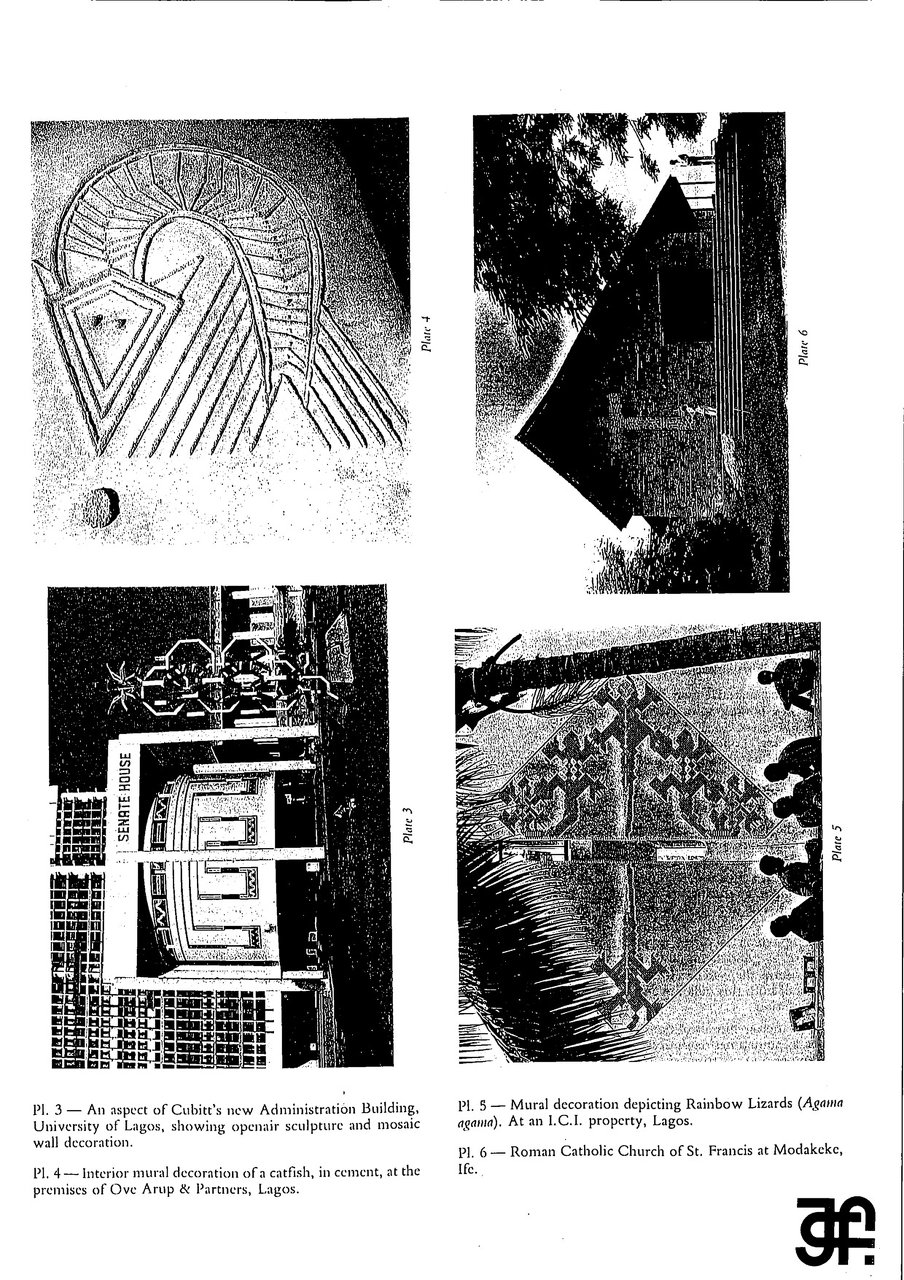 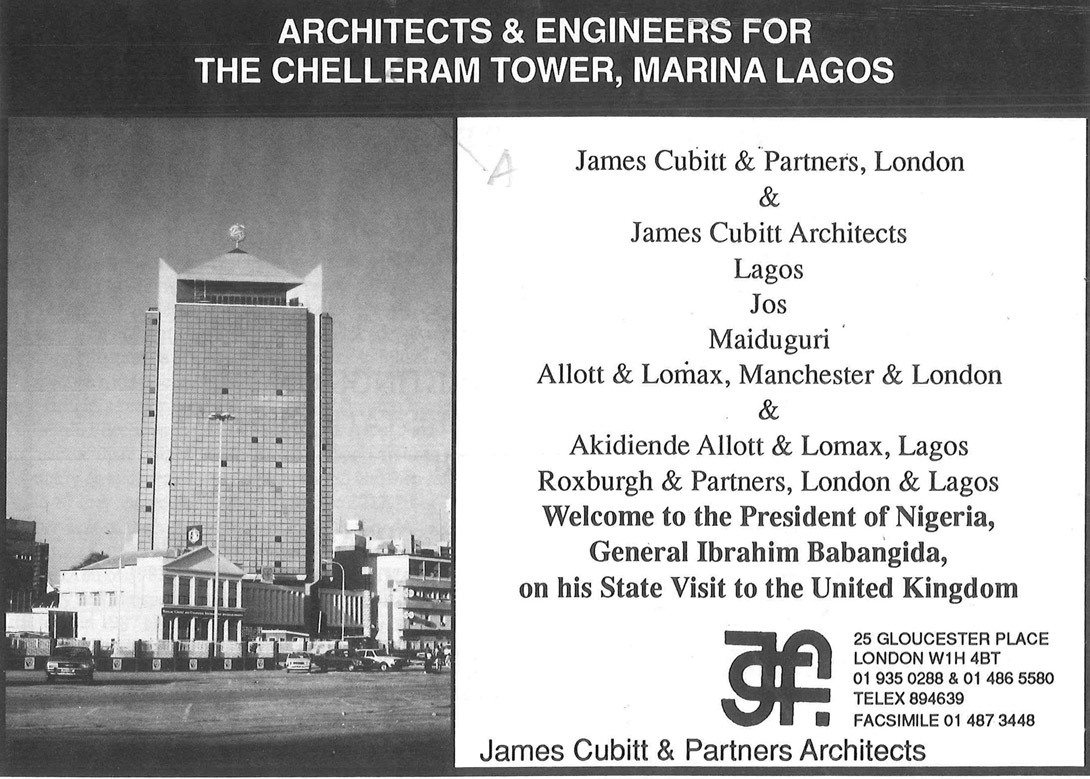 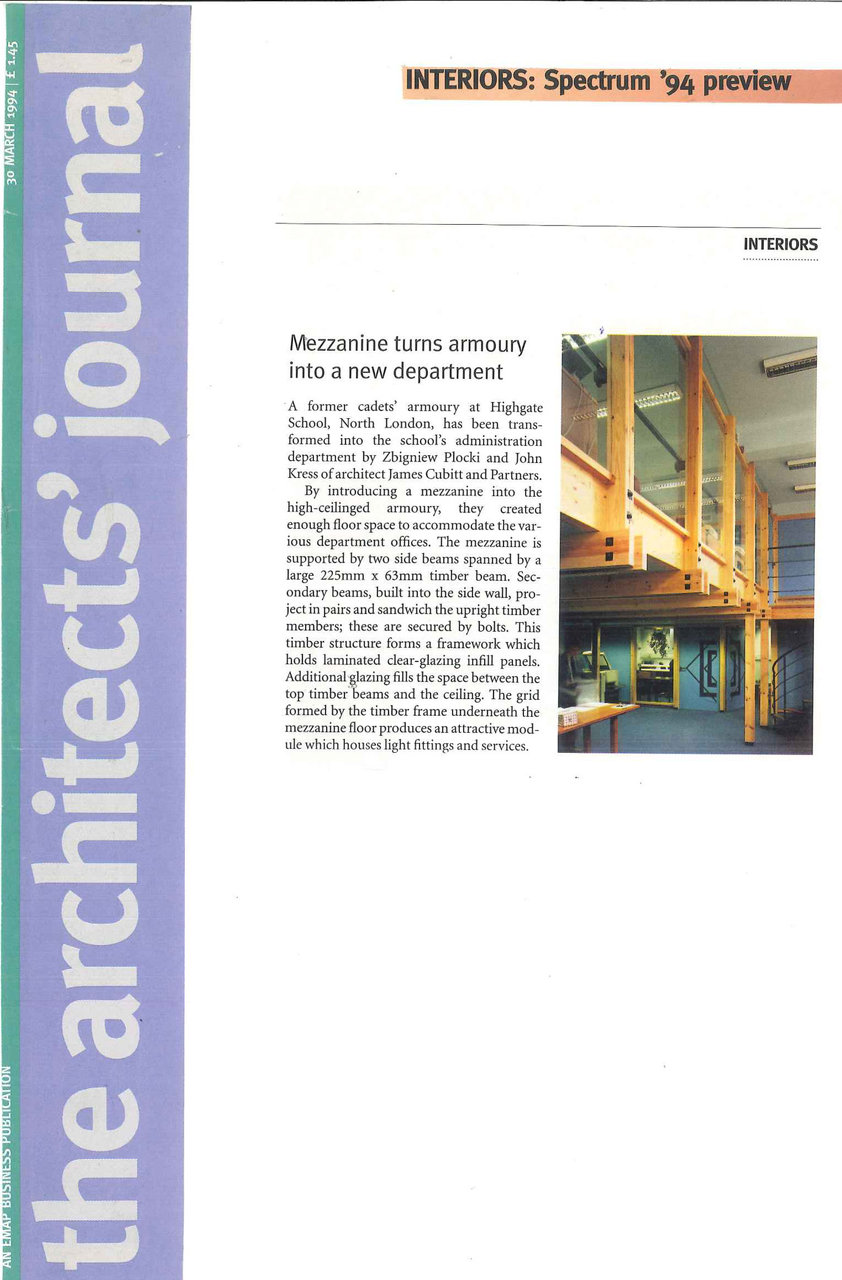 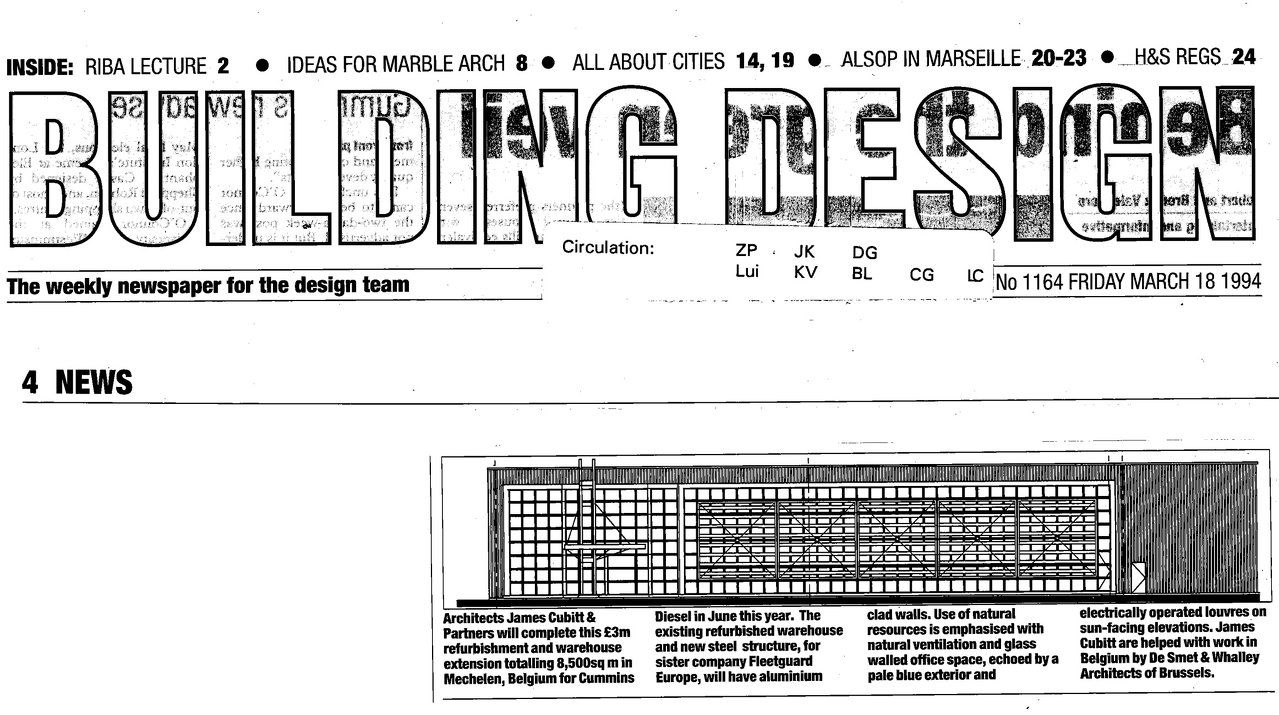 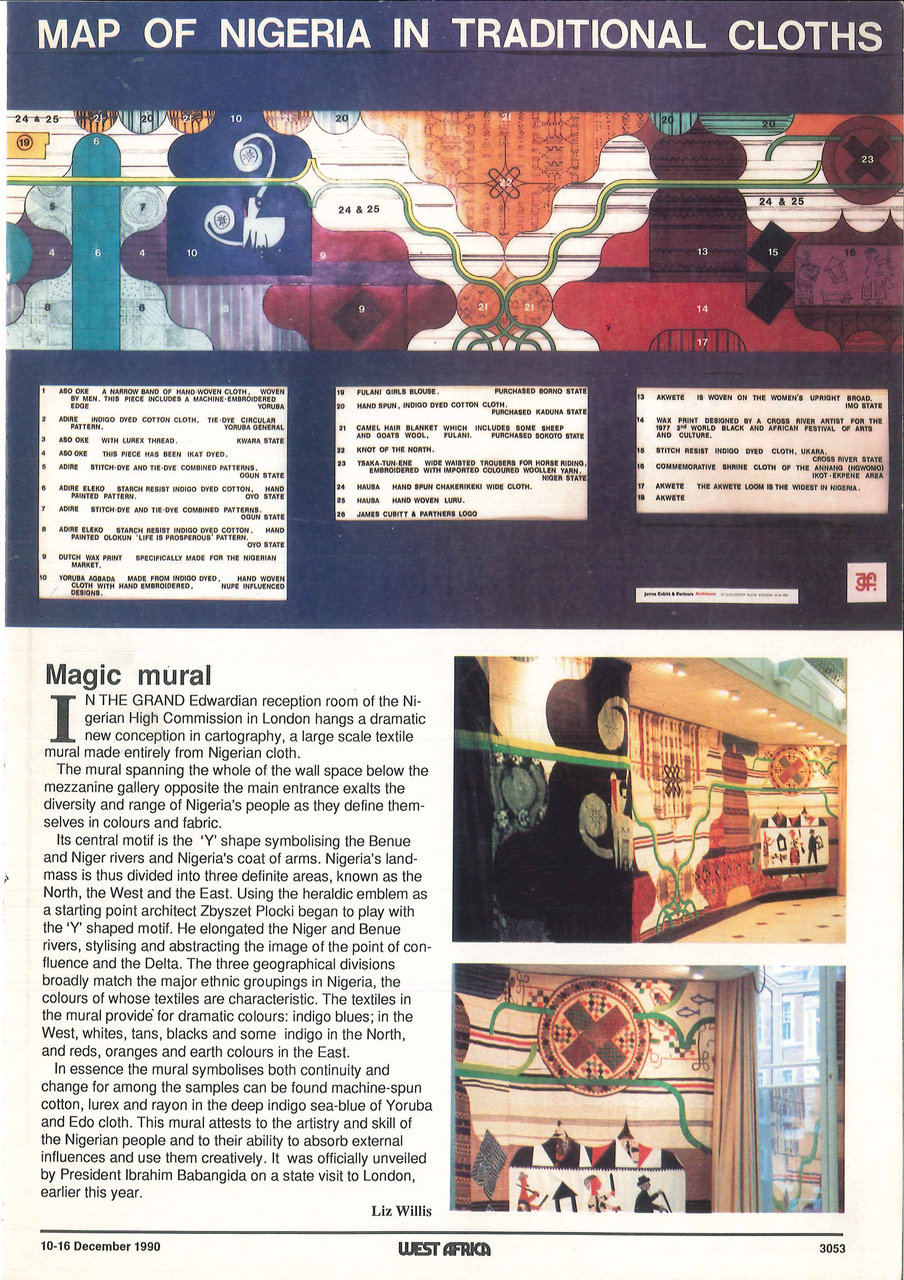 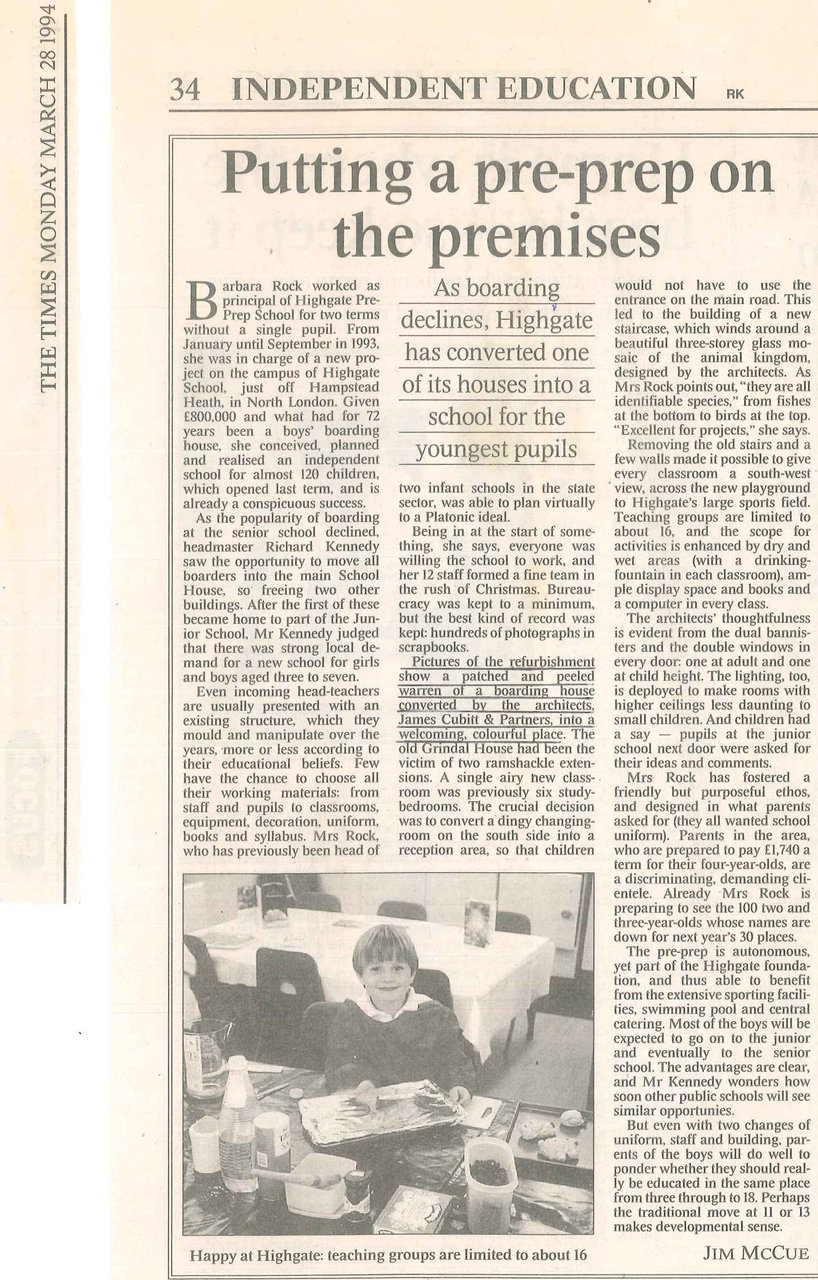 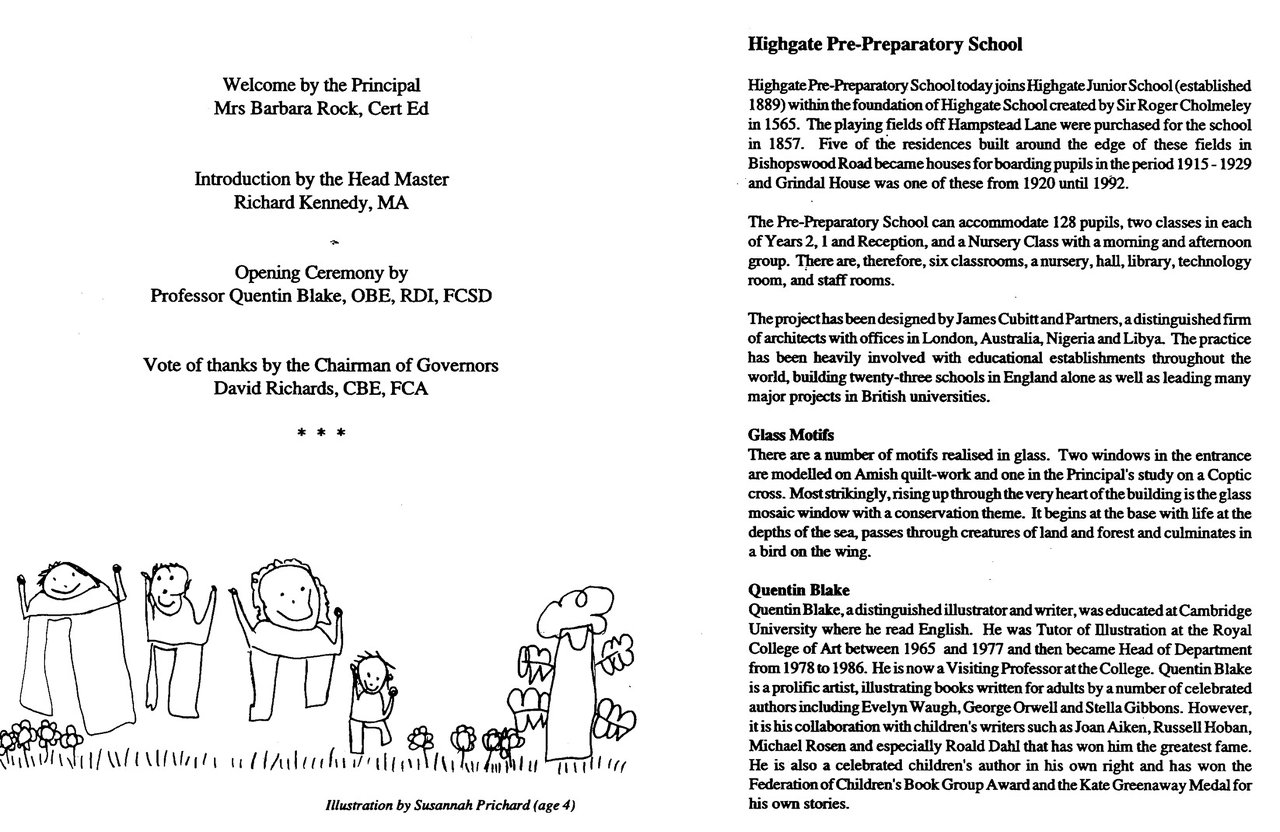 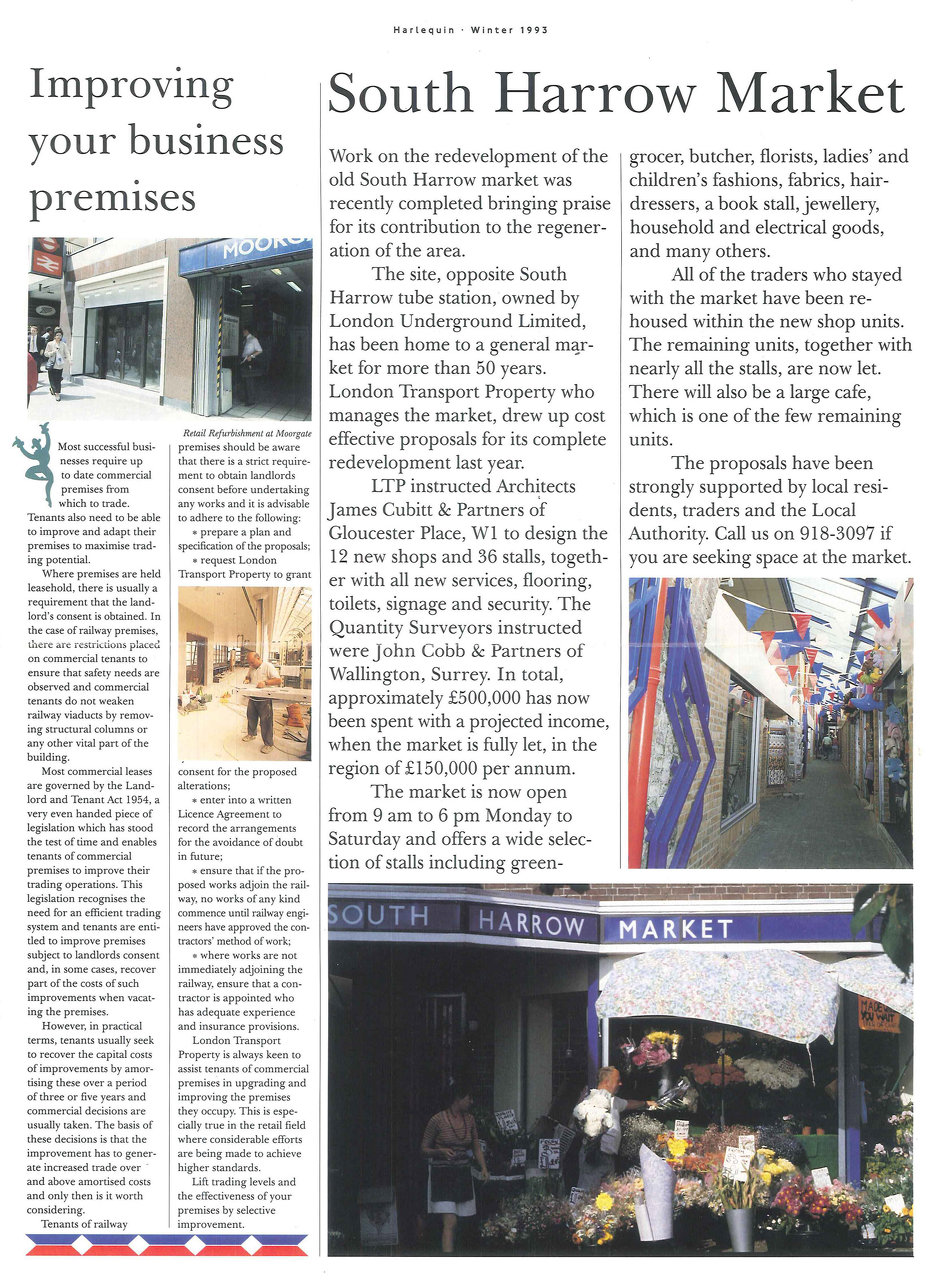 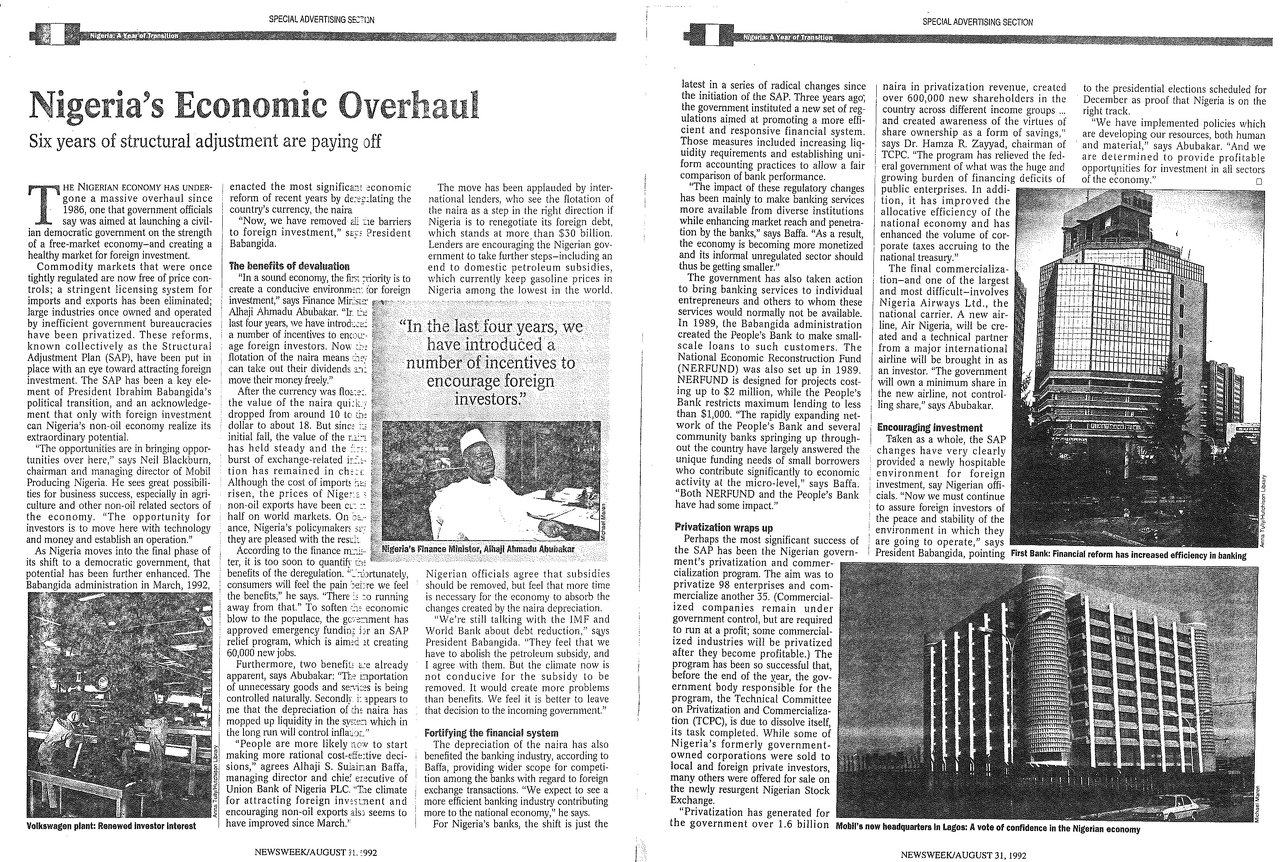